It’s Not All About Winning 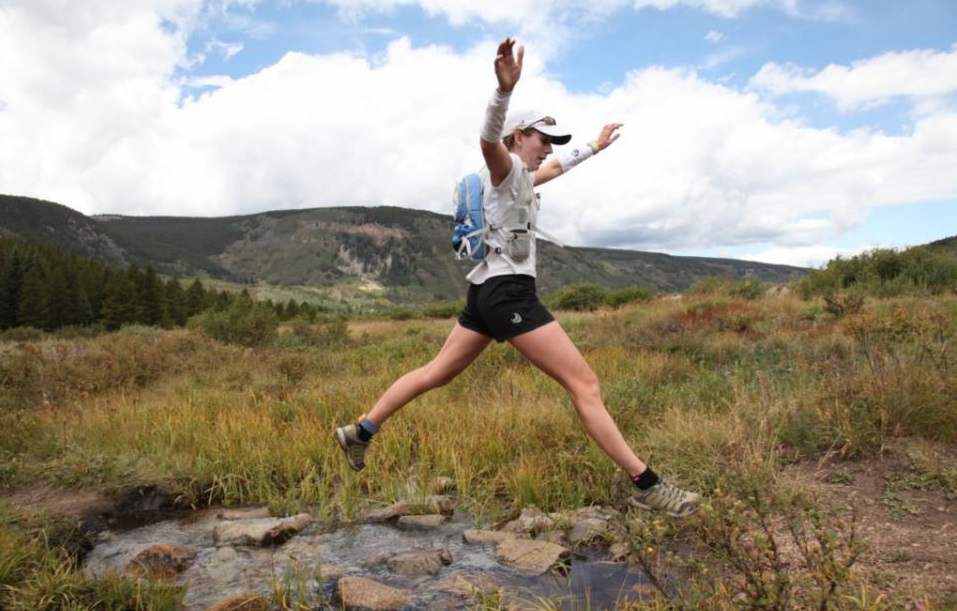 To nobody’s surprise, the Rob Krar Ultra Camp this July had zero shortage of nerding out on running. One topic that came up early and often was TransRockies Run, and for good reason. It’s a special thing—traversing 120 miles across the Colorado Rockies over six days with 350 new friends. Similar to RKUC retreats, those who participate or are involved tend to revel in the experience. And where camps aren’t about skill, running fast or being the best, TRR isn’t necessarily all about winning.

Oddly enough, the Kahtoola-TransRockies Team Giveaway and Rob Krar have a deeper connection than one might realize. In 2009, coming off an injury, Rob approached Kahtoola about sponsoring him and a teammate to compete in that year’s race. TRR was only a few years old and already popular among Flagstaff trail runners. Those who ran returned with grand tales of fun and friends, and one of the people who heard the stories was Rhiannon Wood, a then-associate for Kahtoola. TRR quickly became one of her dream races.

Supporting Rob made so much sense. He was a strong runner, would represent the company in great fashion, and undoubtedly come in at or near the top of the podium. But there was this other lingering idea that sending winners wasn’t as important as sending an everyday runner, like Rhiannon. When we asked her to run and represent us, she was both thrilled and terrified. Up to that point, her longest race had been a half-marathon.

In the end, it all (mostly) worked out. After Rhainnon’s original teammate pulled out roughly a month ahead of the race due to injury, she asked Christina Bauer, a friend she met while studying abroad in Australia, to be her last-minute teammate. While abroad, their relationship wasn’t based on running, but on exploring the world, time outside, and sharing a meal. It wasn’t until they were back in the States that they met up to run “crazy races” together, and Christina was the only person Rhiannon could imagine joining her for TRR on short notice. She said yes, they ran, finished, and it was here that Rob met Christina, his now-wife. And so began the Kahtoola-TransRockies Run Team Giveaway … sort of.

Things didn’t officially start until four-and-a-half years later. In 2014, GORE-TEX stepped away as sponsors, so we joined on, and as part of the new sponsorship we got to send a team. In the spirit of Rhiannon, the idea was to send people who had a passion for trail running, might not be able to afford the expensive entry, and welcomed the challenge. And we would share their stories.

That first year we put out the call four months prior to the race and received 25 total entries, all of whom were individuals. We picked Lauren Cisneros, from New Jersey, and Katie Reim, from Oregon. They had never officially met (the first time they did was at the race), but agreed to run and support each other anyway. They also had incredible stories. Lauren had lost her mother the previous year, and Katie had been sick and was just happy to be running again. Over the course of the race, Lauren finished last in almost every stage—but she finished. Not long after, she moved to Beaver Creek—the race’s finish—where she met her boyfriend, and where they still currently live together.

Our second team, in 2016, was Vermont’s Geoffrey Hart and Heather Gannoe. They met at their respective worst and were strapped for cash, plus she had never been out west. When we sent them to Colorado, she got her first taste of the Rockies, they connected, fell in love, and were married one year later. We’re happy to say they’re still running strong together as the Hart family.

Then came along Matt “Wildcat” Muchna and James “Bigfoot” Madson, Flagstaff locals, childhood friends, and bothers-in-law who started “parkour trail running” simply because it was fun, long before realizing trail running was even a sport. Having entered the giveaway the previous year and fallen just short, they decided to give it another go in 2017, and won. We quickly noticed that Matt liked to stray outside of the box while James remained more reserved, a combo that brought balance to their running relationship. Drawn to their strong personalities, we opted to make a short film documenting their TRR experience. We called it Keep Ultrarunning Weird, a fitting title for them, the sport, and TransRockies.

The next year, in 2018, team entries skyrocketed. It wasn’t long before the film was pushing 70,000 views, and entries went from 48 the year before to eclipsing 200, with close to 550 total nominations. During previous giveaways, we always found ourselves stuck picking between two or three worthy teams. But for the first time we had six finalists, six teams all deserving of the Kahtoola sponsorship. After interviews concluded, gasps sounded, a forehead met the table, and arms went up in disbelief as a pencil hit the ceiling. In the end, our fifth team was Jessica Carroll and Blake Burket. They met on the track at the Pentagon, where they worked. And in between long hours and family, they hit the trails, trained, and crewed and paced each other’s ultras. TRR was their first-ever team race, and it was fun watching as they worked together to cross the finish line. Thirteen years in, they were integral parts to what has been called the best TransRockies Run to date.

This year, things came full circle. Rob joined us a judge, helping navigate through another strong field of team entries and finalists. And we couldn’t be happier with our sixth team: Anne Lang and Lauren Kraft, aka “Best Running Friends.” They’re fun, super witty, and have personalities that are as immense as their passion for trail and ultrarunning. They also have a wonderful little podcast called the BRF BARF Podcast. Aside from the podcast, Anne and Lauren each wrote an insightful blog for us ahead of this year’s race. Find out how they met and got into ultrarunning by clicking on their names.

In five official years of doing the Kahtoola-TransRockies Run Team Giveaway, we’ve seen and heard so many inspiring stories. The whole reason it started was to give the underdog a chance to do something epic and memorable they otherwise might not get the chance to do, and it’s wild to reflect on the lives that have been so positively impacted by that decision.

It’s been 10 years since Rhiannon crossed the finish line at TRR. But it didn’t end there. After achieving her goal of finishing what she described as an “incredibly hard physical challenge,” it helped push her to take on challenges she’d been nervous about making in other parts of her life. Crossing that finish line proved to her that she could do hard things, and it gave her the confidence to continue her education. In 2017, years removed from her days at Kahtoola, she received her CPA certification.

TransRockies Run is more than just a race and time spent on beautiful, stunning trails. It’s about everything in between. It’s “Running Camp for Big Kids.” A place where fun, weird, and happiness live. Where stories are shared, growth happens, and meaningful connections are made. It’s about people.

It’s certainly not all about winning.