Better Because of Running 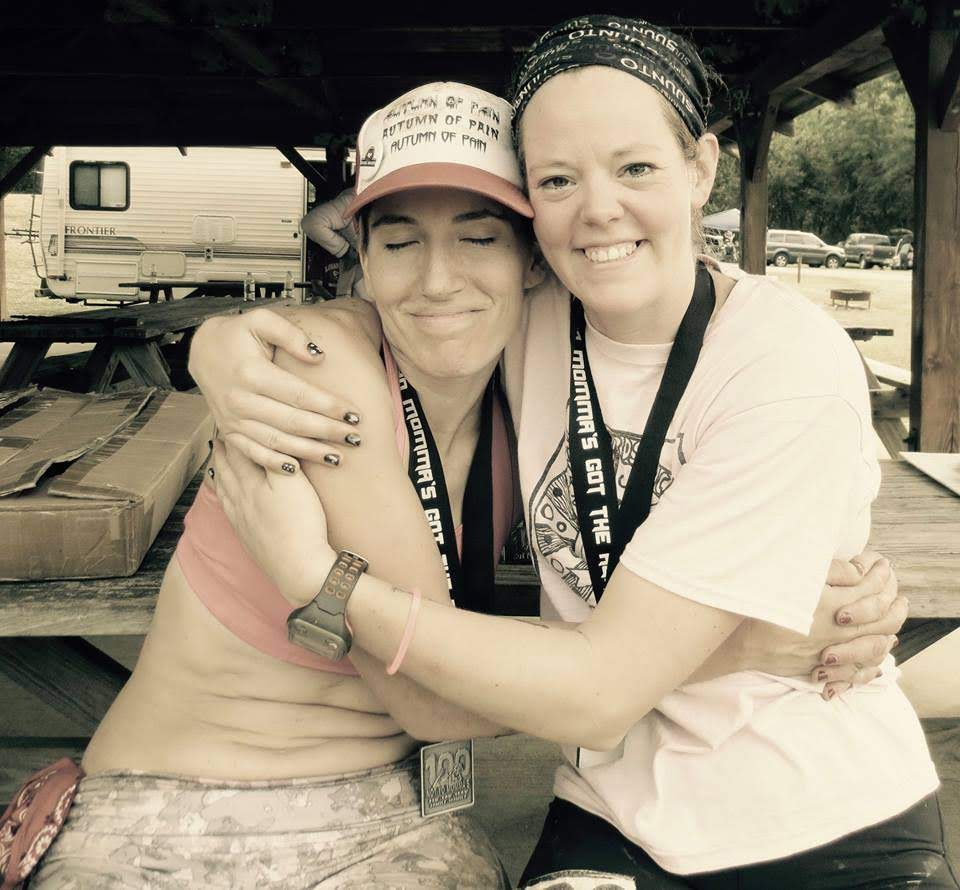 I don’t remember a lot of college. I just wasn’t paying attention. Caught in my own bubble of existence, not thinking about many things beyond what came next. When I met my husband, I think I brought him into my bubble, or maybe we merged bubbles. I lucked out with a job at a good company after I graduated college, a company I still work for today. We bought a house. I gave birth to our daughter.

Life got faster and faster.

I found ultrarunning about a year after my daughter was born. I had just run my first road marathon and found that I liked distance. I enjoyed the long runs each weekend and discovered over and over that I could go further than I had ever gone before. I liked the placeholder for existing and being present and found that speeding up allowed me to slow down time. Time spent running allowed me to think. Think about what I thought of myself, wanted for myself, my relationships with others, what was meaningful and important to me. I liked all this time spent alone.

As I began training for my first-ever 100-mile race, I expected to do a lot of it solo. My husband threw a wrench into this plan when he set me up on a “run-play-day” with a woman named Lauren Kraft, who was also a new trail runner. I tried to get out of it. I wasn’t used to running with others and it made me nervous. Nervous that I wouldn’t be able to go fast enough or that I would somehow be a letdown. Nevertheless, I showed up and we ran together. This first run with Lauren would lead me toward learning that I was of value just as I was, that I could be a good friend, and how to truly show care to others. I had just met my best friend.

Running miles and miles, hours and hours together with Lauren taught me that if I could be present with open ears and an open mind, I could really know someone. And that if I didn’t assume I wasn’t worth listening to, that someone else could really know me. I found myself opening up to new friends that, without running, I would never have had the courage to connect with. I crewed these friends at races and other running adventures: pacing them for miles, cleaning their feet, making food, celebrating when they found what they were looking for, and sharing tears when they didn’t. I stepped back at times to appreciate what I had become a part of, as well as my role in creating it—a community of people showing love for one another and themselves through running.

As I became more exposed to the heart of others, I saw how different they were when you took the time to scratch just below the surface. I learned more often than not that people are worth loving, and wondered if I was giving myself that same grace. This self-examination would come to a head soon.

The race was Across the Years: 72 hours on a one-mile loop. The night before the race, I stepped out of the shower and thought about how ugly my thighs were because I had cellulite. I had the thought that my body was “less than” because of how it looked. I had become so accustomed to this criticism running through my mind that I almost let it go through my inner monologue like I usually did. I don’t know why but this time was different. Maybe because I was about to run 200 miles in 3 days, maybe it was the hours spent talking about body image with Lauren, maybe it was the community that I was now surrounded by. But this time I didn’t let my mind scold my body unchecked and became determined to instead recognize the gifts my body allowed me: the things I had accomplished, the places my legs had taken me, the strength I had on reserve. I took what I learned about caring for others and committed to caring for myself.