The Race is Not Always to the Swift 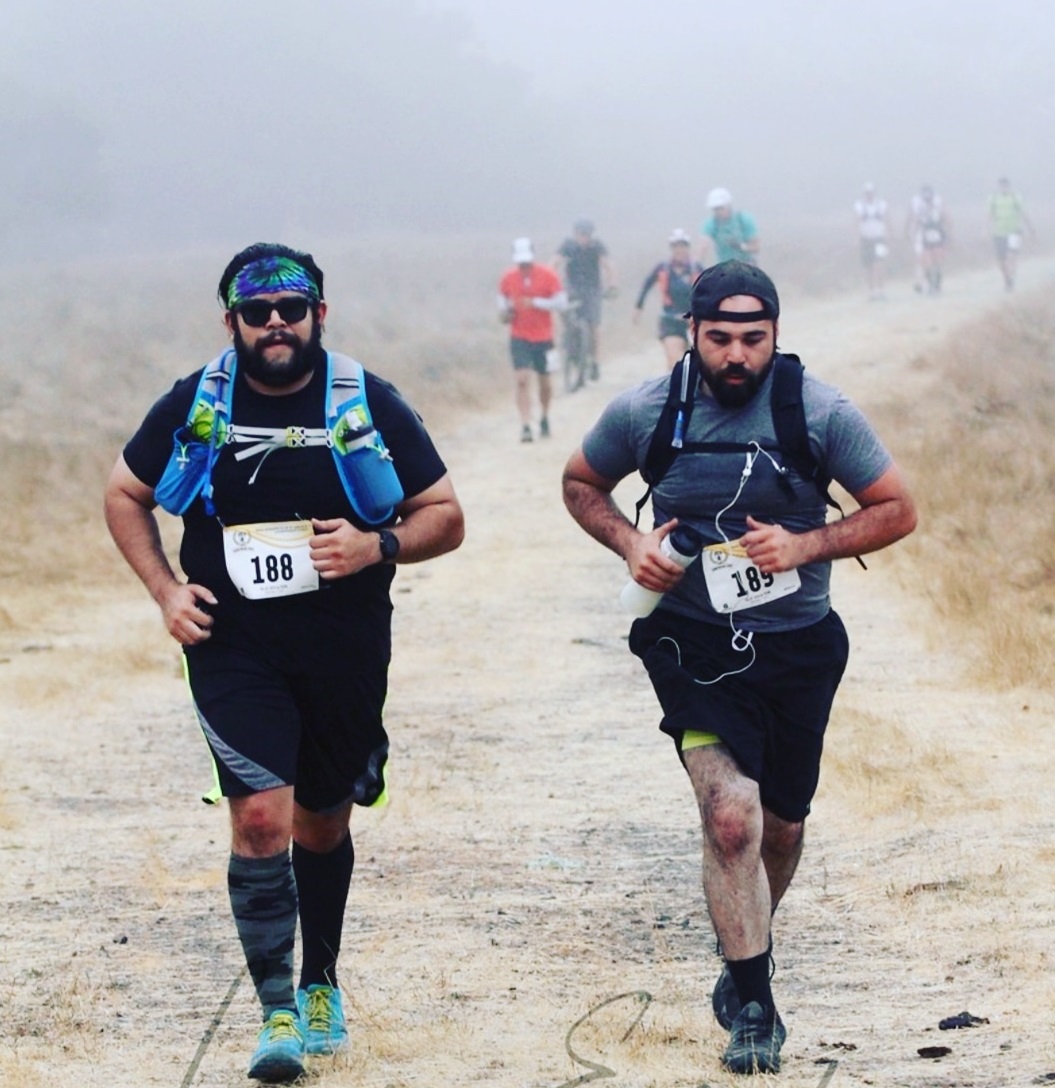 It was late July (2018) when I came across Kahtoola’s Keep Ultrarunning Weird, a short film that gave me such a profound sense of yearning that I signed up for an ultramarathon—the San Luis Obispo 50k on September 1. I had to get as many miles as I could under my feet in little over a month. I was already three weeks into training for the Ventura Marathon and the longest run I’d completed was 16 miles on flat roads. I’m slow (11:30 pace on a good day) and with very minimal hiking/trail running experience, I was way in over my head.

I trained as much as I could without risking injury. I weighed 275 pounds at the beginning of the month, so that wasn’t doing me any favors, either. I took on a trail every weekend and did my best to find some decent elevation gain. My final long run was two weeks out. I ran from Griffith Observatory to my home city, Baldwin Park, and it chalked up to 22 miles. At this point in training my legs were pretty banged up and any more fun would probably cost me participation in the race. Tapering was tough because I was left with no way of pacifying my mind other than weightlifting, which isn’t as gratifying in my opinion.

Next thing you know, it was race day and I was trembling at the starting line. I was trying so hard not to throw up the peanut butter and banana toast I had for breakfast while the race director was going over some housekeeping info. The countdown started, people chanted along, and then we were off. The anxiety disappeared, my heart steadied, and my legs began to move. I felt an excitement that I could only compare to when I was a child. For that moment, I was Bilbo Baggins leaving the Shire and going off on an adventure.

The miles began passing me by as I got lost in the beauty of the scenery around me. The coolness of the moist morning air and the slight creepiness of the dense fog surrounding us livened up the senses. The climbs began to shake my mental fortitude but I was going to stick with my plan: run what I can, hike if the hill was too steep, push when I feel good, and pull back when I feel like crap. I made a commitment to myself and I was going through with it no matter what happened. Easier said than done.

Said plan worked well enough until mile 18. At that point I was feeling like crap all the time. I did my best to consume calories and fluids at every aid station, but it didn’t seem to help. It was as if I was hungover and coming down from a caffeine crash. My mind began to turn on me in my weakened state. Old demons—the reasons why I began running in the first place—began to take stabs at me. I had moments where I was frustrated and sobbed like a child. It was like that for what felt like an eternity, yet my legs kept pushing forward like I was on autopilot.

As soon as the dark episode in my mind had cleared, my body decided to have its turn. I began to experience excruciating leg cramps. They were so painful that I could not go through with stretching it out, so I just fell on my butt or hunched over until they passed, crying out in frustration every single time. “Please not this again” I would say to myself whenever I would feel the cramps creeping up again. Eventually, I got to the last 3 miles and it was at the top of the final hill that I remember taking in the view and just quietly crying to myself. I couldn’t believe I made it that far. It was time for me to descend and finish.

I hobbled down those hills and I cursed so much with a renewed sense of vigor and determination. The finish line was in sight. My parents, my good friend Bryan Nateras, and the friends that I made on the course were there cheering me on. John Glines, Ian Nevarez and his girlfriend Kristie Clay. Sean Anderson ran out to me and motivated me to push to the finish line. 9:59:04. Fifty-six seconds from the cut-off and the very last person to complete the race. Everything about that moment was perfect.

Later on, while I was alone with my thoughts in my motel room, I reflected on various aspects of my life. My struggles with self-harm, opiate addiction, alcohol abuse, obesity and depression. It felt as though that race was a culmination of all those things and then some. I came out of it alive and with bone-deep aches all over my body. I loved that pain. It was mine. It was a badge of honor. I faced my demons and won. Ultrarunning and the community surrounding it is beautiful. For the first time in my life I’m hopeful towards the future. Ultrarunning is what I was born to do; I just needed a nudge in the right direction and Kahtoola gave that to me with Keep Ultrarunning Weird. It awakened something in me that can best be described as “drive.” Thank you for that gift. Now to get back to training. I hear there are 100-milers out there that are to die for.

We checked in with Carlos this fall and he’s still getting after it—in sandals! He says he loves the way they feel under his feet, force him to be more mindful, and that he feels more connected to the world. In March, to celebrate 8 months of sobriety, he self-routed a 50k from his California home to nearby mountains and back. He says his friend got him a “little medal” and “Thank god for 7-Eleven.” He still plans to tackle a 50- and 100-miler.