The Q’eros Nation – The Last of the Incas 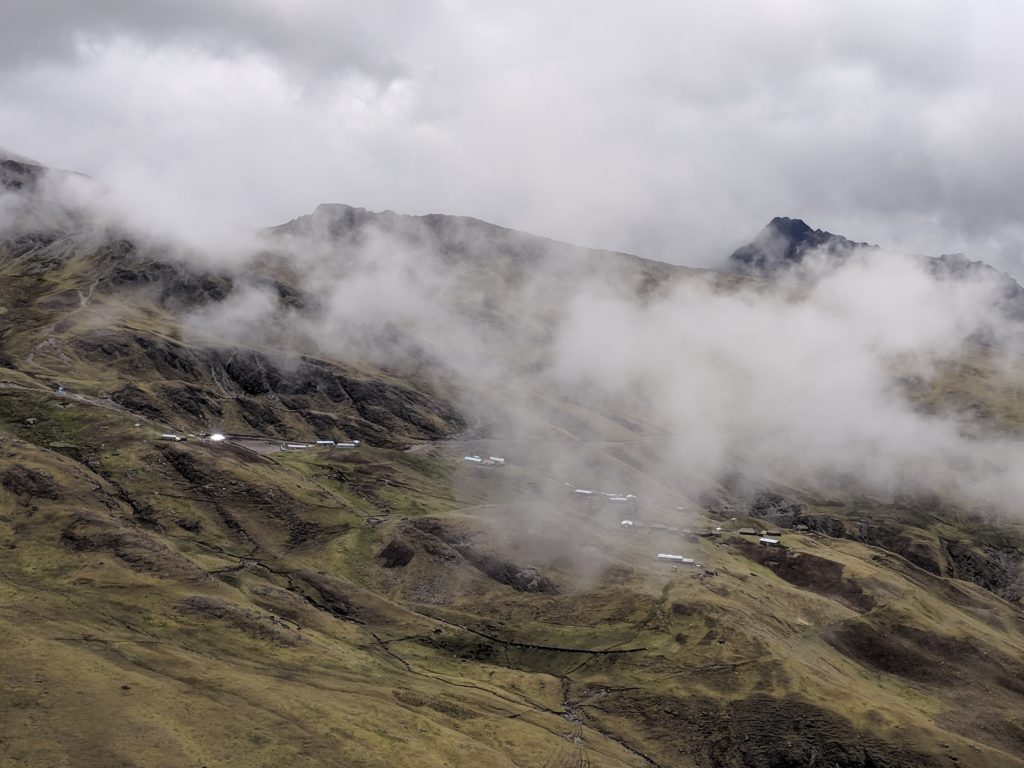 The Q’eros Nation is made up of five communities in the Peruvian Andes, roughly 75 extremely rugged miles east of the nearest city, Paucartambo. An estimated 2,000 people call these communities home, the highest of which rests at an incredible 14,000 feet. Q’ero people are widely known as the last living direct descendants of the Incas, having survived the Spanish conquest by receding high into the mountains. Though they do not follow a specific religion, they are highly spiritual, worshipping Pachamama (Mother Earth) and los Apus (mountain spirits) above all. Before drinking, Q’ero can be seen pouring the first sip onto the ground as an offering to Pachamama. Quechua, the spoken language of the inhabitants here, is the most widely spoken language of indigenous people throughout the Americas, with a total of roughly 4.4 million speakers in Peru alone. Artisan work with alpaca wool is the main source of income; the ground being too infertile to make a profit from growing crops, let alone produce enough variety in vegetables for a healthy diet. Their main source of sustenance consists of potatoes, alpaca, and the regionally popular coca tea. 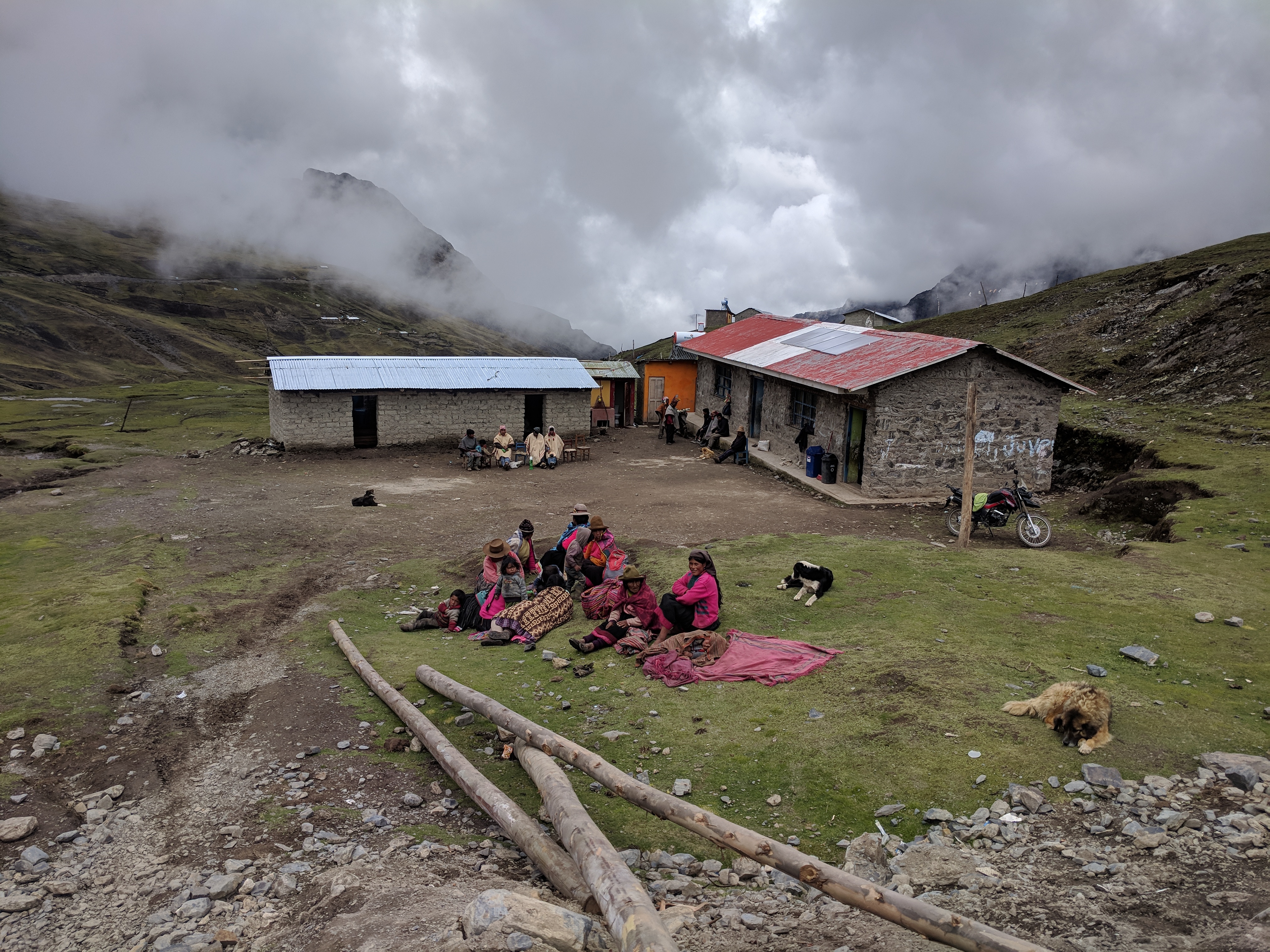 The Q’ero believe so deeply in preserving their customs that until 1996, the community had never been visited by outsiders. Though the Q’ero are extremely proud to hold true to their roots, living in an isolated area known for its treacherous climate has become increasingly life-threatening. This past winter alone, five children were lost to the cold—infant mortality rate being about 35%. It was for the improvement of living conditions and the preservation of culture that Esperança and our Peruvian partner, CADEP, was asked to intervene.

Esperança recognized that the Q’eros Nation is a community that needs to be preserved and protected, and in July of 2017, set forth to make change keeping in mind the desire to remain true to cultural heritage. As Anna, our International Program Director put, “We have to work from the grassroots up and ask the community what they need and what they can handle. The last thing we want to do is prescribe a ‘solution’ that could have unforeseen, negative consequences on their culture.”

Traditionally, Q’ero houses have one room where the entire family sleeps, cooks, eats and plays. The roofs are made from tall grasses pulled from the river and dried, so they are required to be re-thatched every six months due to rain and snow. Esperança’s first proposal laid out plans to construct new homes for 15 families in the Q’ero community of Ccoluyo. Before beginning the project, our team took delegates from the Q’eros Nation to another village where housing renovations were already complete so they could view the final product. Our local CADEP staff then created a miniature model house and presented it to the community to make suggestions and changes. In the end, each house would be equipped with three rooms, an aluminum roof covered with the traditional hay, a wood-burning stove, skylights, and a greenhouse attached; which has the added benefit of warming the home. Community members all participate in the building of these new houses. 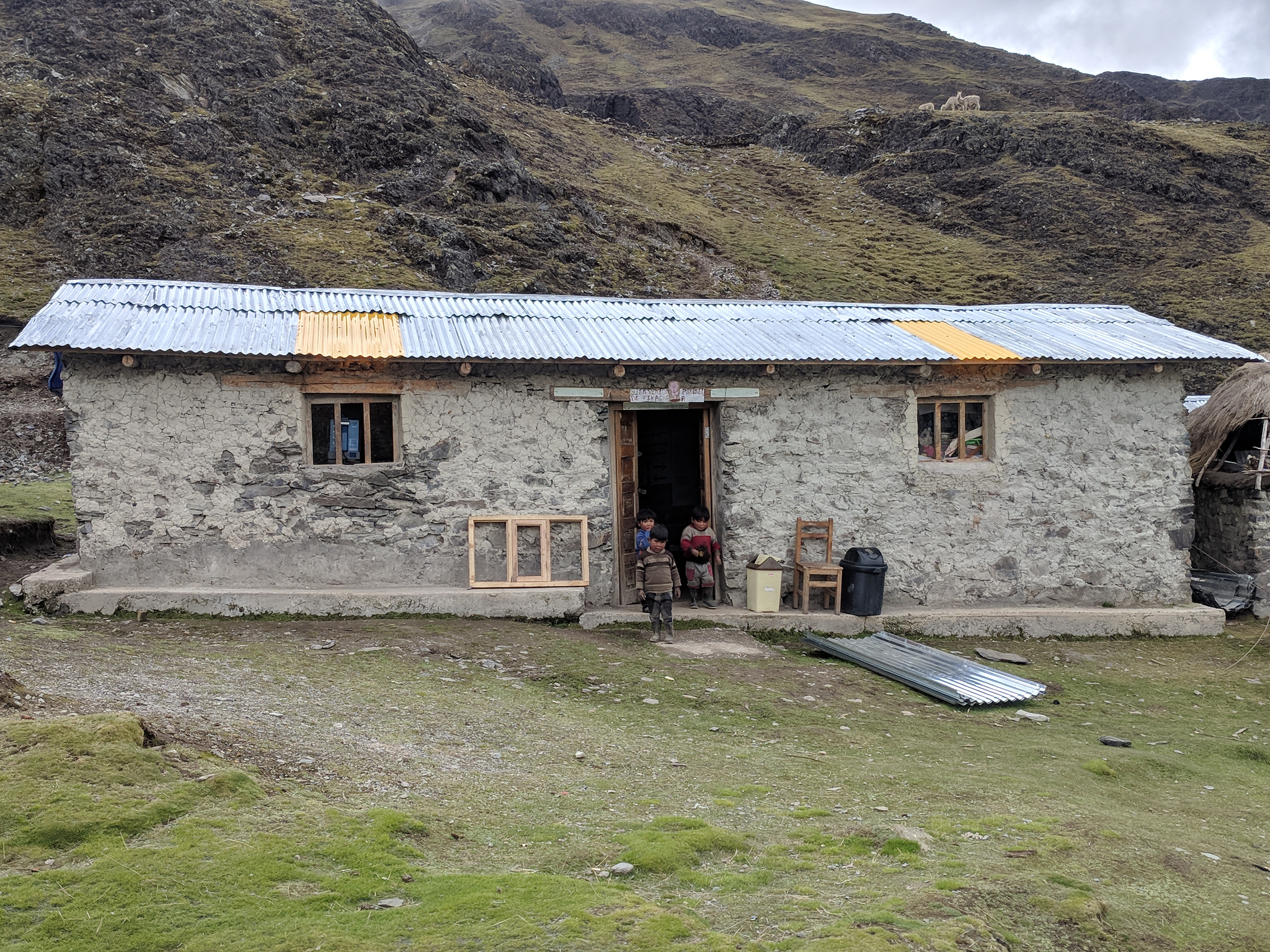 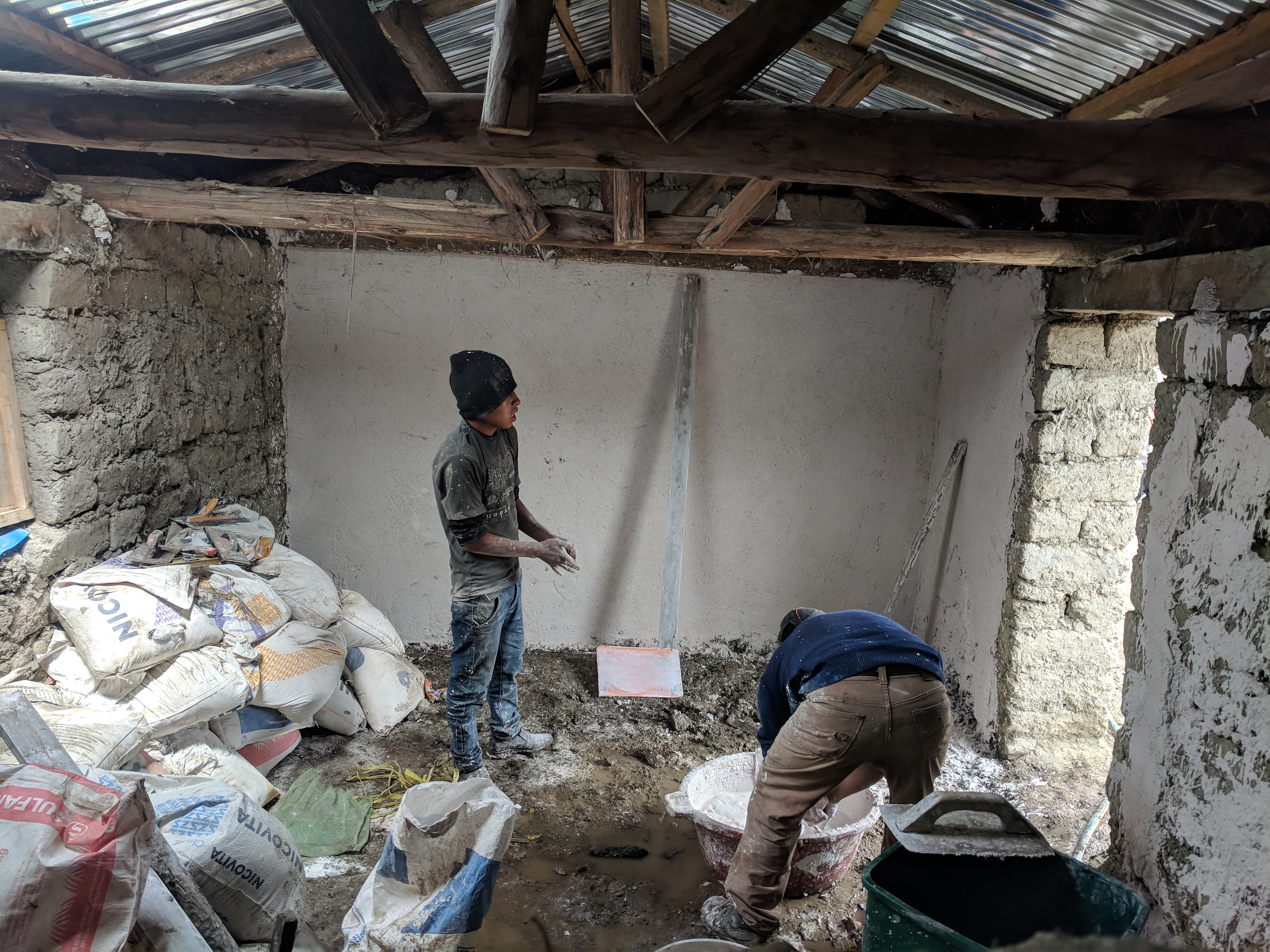 On the day of our site visit, at 5:30 a.m. on the dot, Jeri, Anna, Fabiola (program coordinator for the Q’ero project), and I were on our way to the Q’eros Nation to visit the community and see the houses under construction. No representative from Esperança had visited the project since its inception in July 2017, and we would be among the few outsiders ever to be welcomed to the Q’eros Nation.

The six hour-long drive was over an extremely rough, narrow “road” with rocks frequently jutting out of the dirt. Our path followed the winding Mapachu River to one of the most remote regions of the Peruvian Andes, high above the clouds. Just last year, the Q’ero people themselves paid gas money for the Municipality to clear the last portion of this road (prior, our CADEP team would walk for hours to reach the community). In 2017, the CADEP truck became the first in history to drive the entire route to the Q’eros Nation. The locals escorted the vehicle, adorned in flowers, singing and playing the traditional, ceremonial horn. On this day, our team was greeted in a similar fashion. The people were dressed in their formal attire, vibrantly colorful ponchos and hats made from hand-woven alpaca wool. Each one greeted us with a hug and kiss on the cheek so warm and genuine that we instantly felt part of the community. 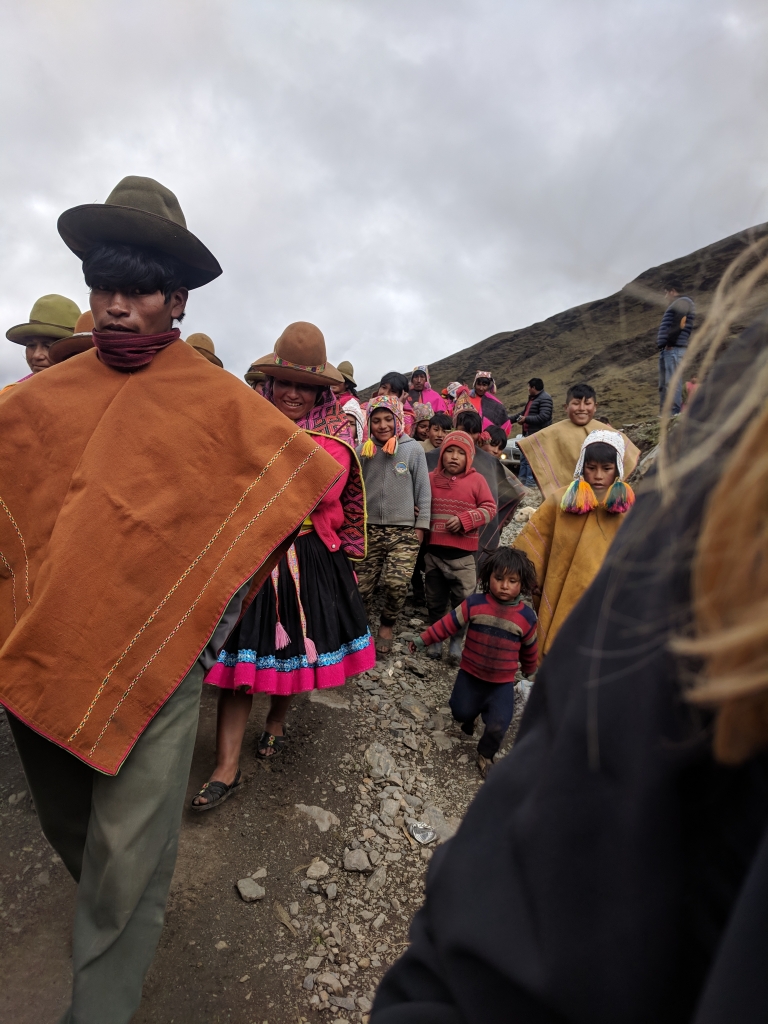 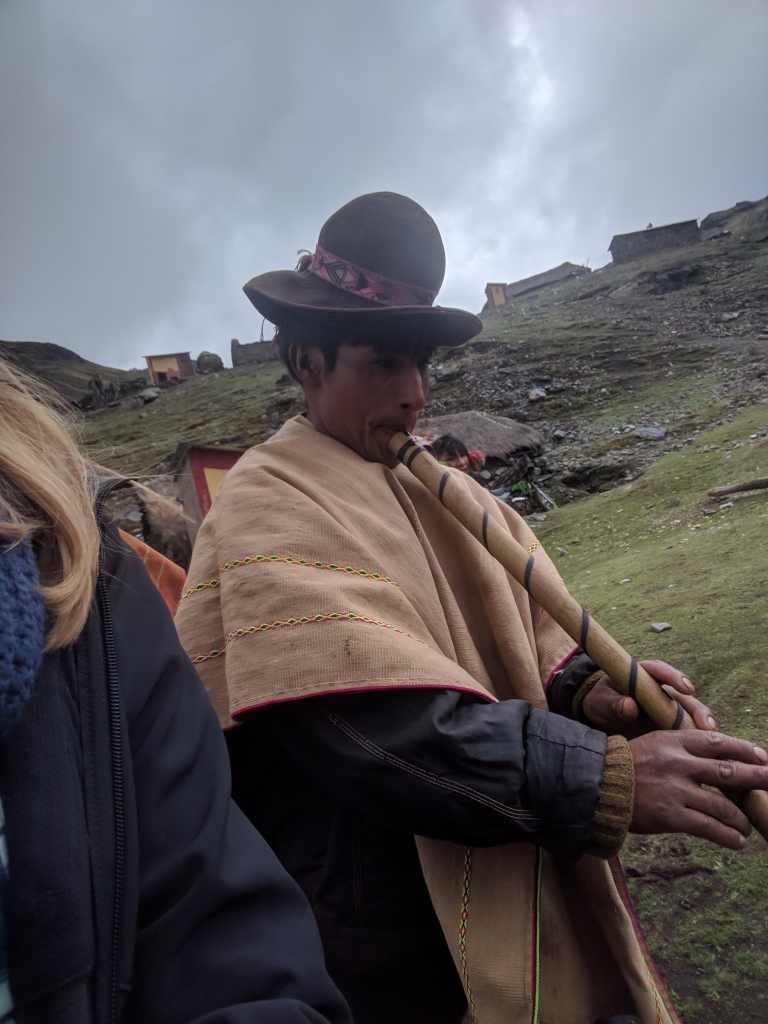 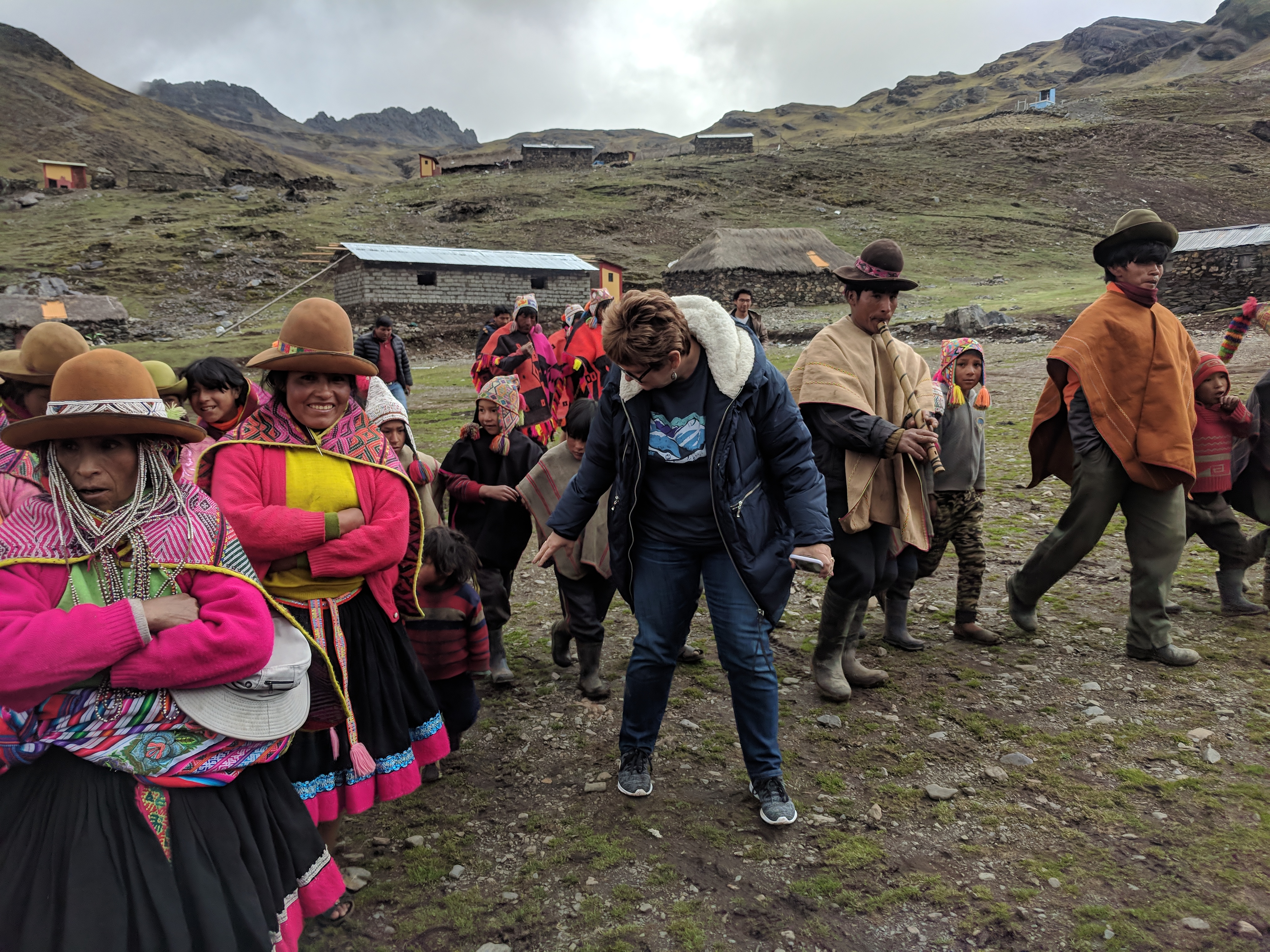 After our greetings, we were shown to the school. Divided into two rooms, one for grades first–third and one for grades fourth–sixth. Conditions were hard to witness. One of the local professors, Gilberto, who currently lives behind a curtain at the back of the classroom, explained that they have no money for materials. Through a series of translators (Quechua to Spanish and Spanish to English) we were able to hear his concerns about the quality of education these children are receiving. Bottle caps and other re-purposed items are used to teach the children to count and crayons are few and far between. Part of Esperança’s proposal included building a home for the teachers and two new bathrooms for the school, complete with showers and running hot water. With temperatures dropping to the low 40s even in the summer, the Q’ero people are accustomed to showering only once a month for the fear of falling ill in houses with no insulation. 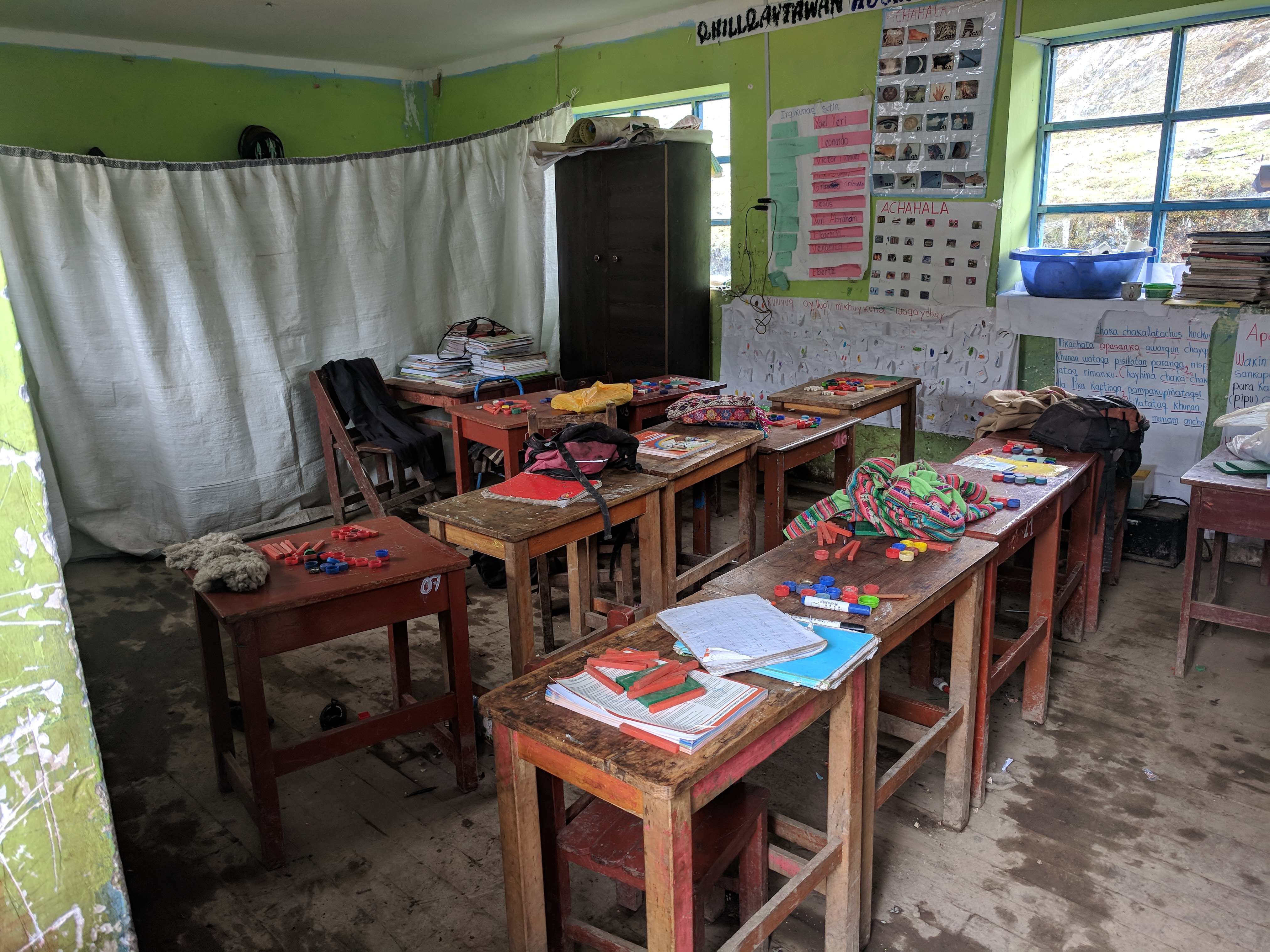 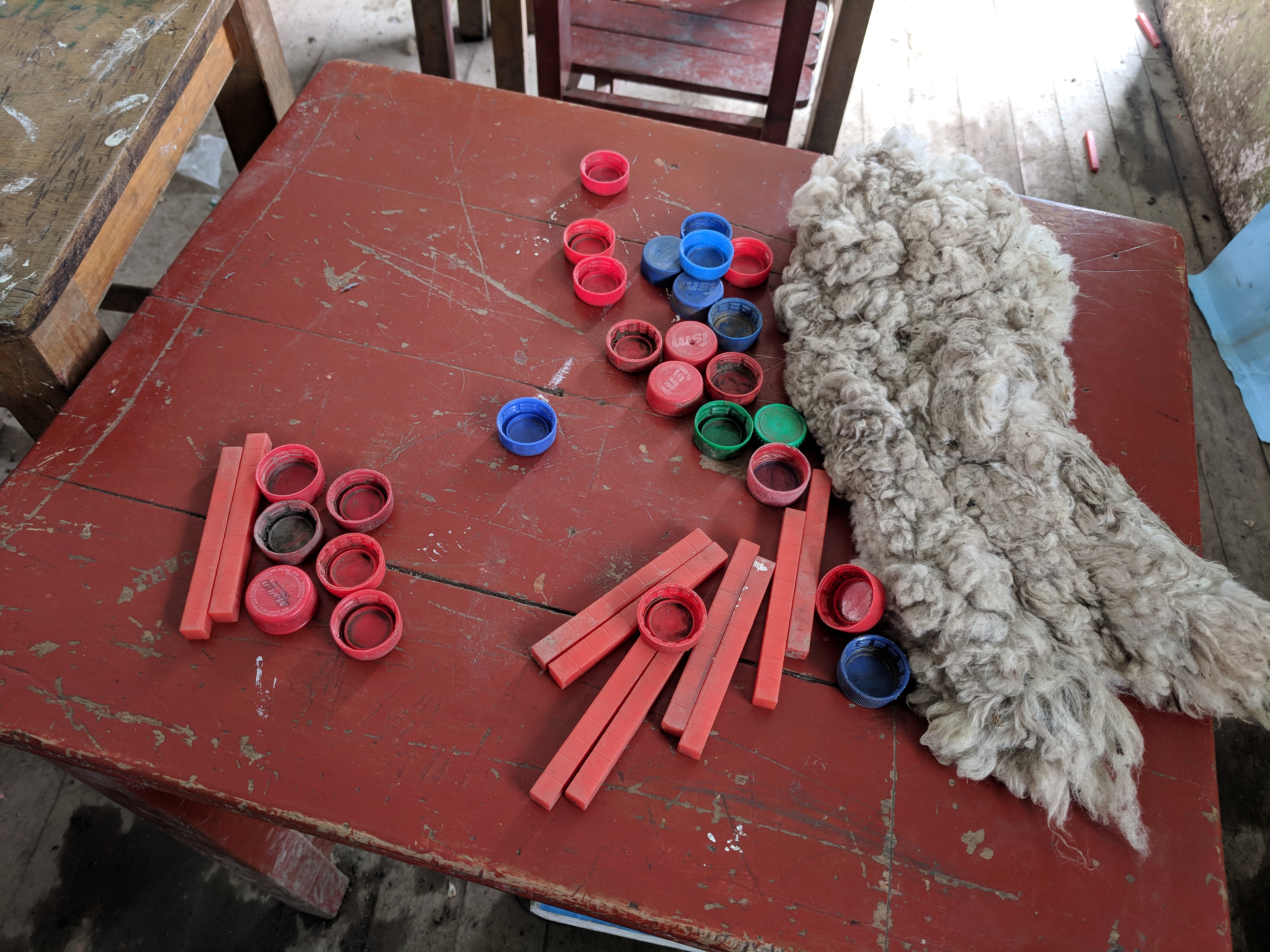 At this point, lunch was ready. We were served hearty bowls full of rice, potatoes, and the local specialty: alpaca meat!

A member from the neighboring Q’eros community, Tandaña, pleaded with the mayor of the Q’eros Nation, Ernesto Apaza Flores, to have us visit their homes after hearing of our trip. Though Esperança does not currently work directly in Tandaña, the residents there have attempted to make changes to their own homes after seeing the success of our work in Ccoluyo. Another 20 minutes up the road and our driver was once more honking to announce our arrival. We were welcomed by the children singing and a man playing the flute. We were asked to be the head of this beautiful procession as everyone walked to the school. The walls were barren and there were only a handful of tables and chairs on the dirt floor. We were seated at the head of the room while the community offered us rice, potatoes, and trout caught from the local stream. 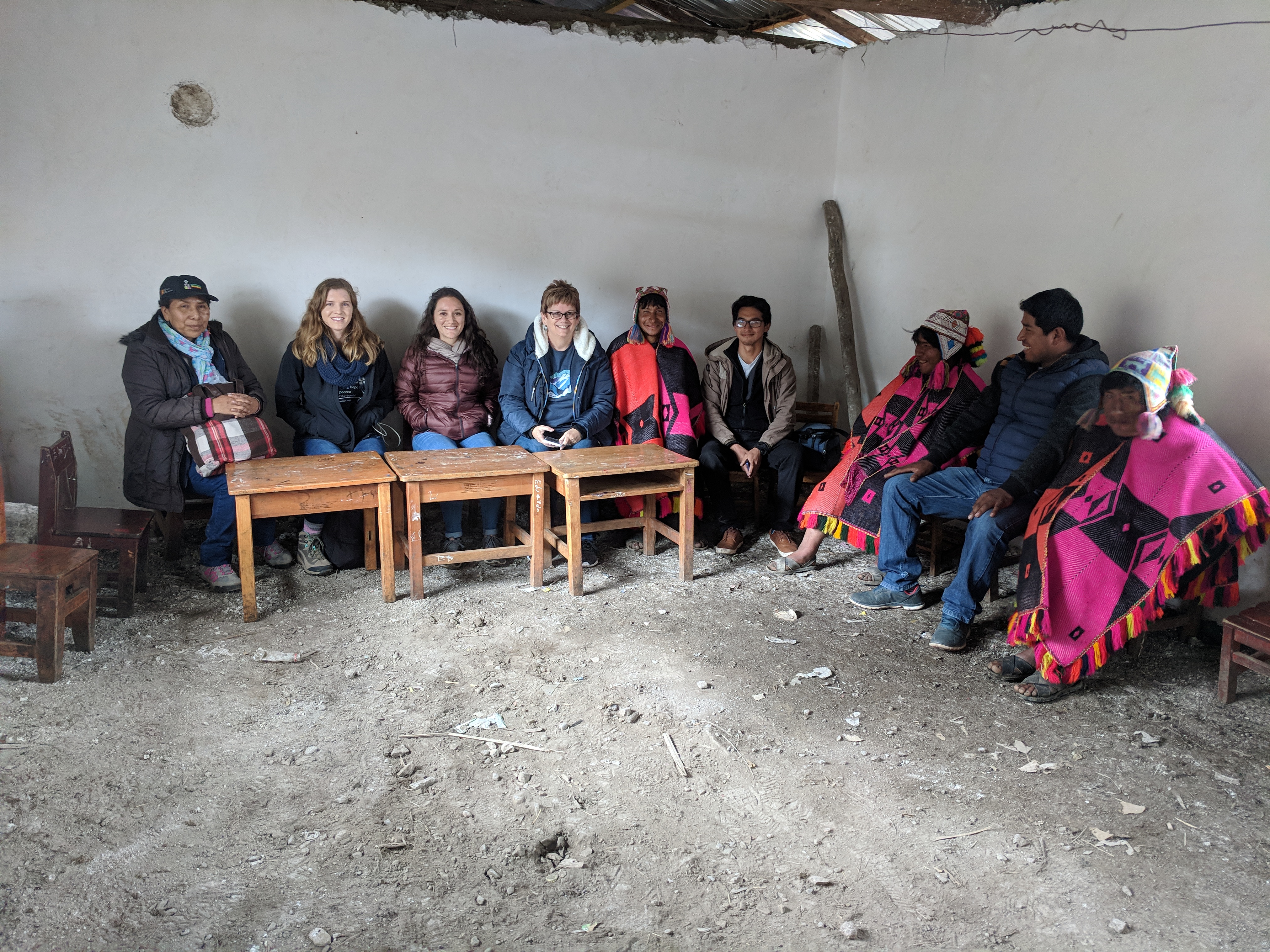 After we ate, a huge bag of coca leaves was emptied out across the table on a ceremonial fabric. Community members came up one by one sifting through the pile to find only the most perfect leaves. They gifted each of us leaves in groups of three; a symbol of brotherhood in the Incan culture. Ten minutes later, Anna, Jeri, and I each had huge stacks of leaves and had even begun gifting some ourselves. 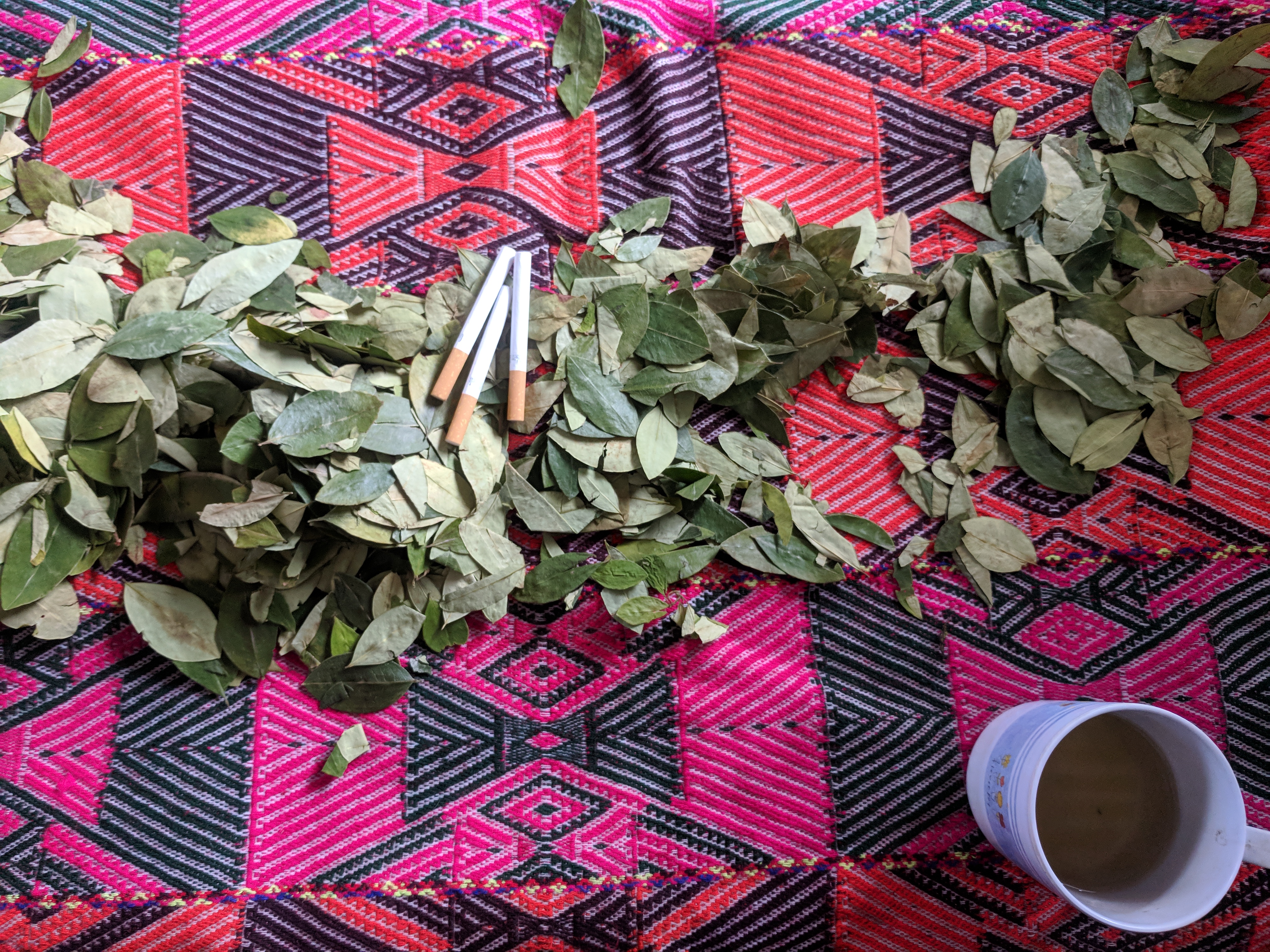 Each community member then took a turn coming up and explaining why Esperança should come to Tandaña and what work they would like to see done. Ricardo’s testimony hit me especially hard. A 23-year-old like me, Ricardo has a beautiful complexion and extremely kind eyes. He also has a mouth full of teeth so black and rotten that they looked bound to fall out at any moment. At 23 years old, I haven’t had so much as a cavity—without putting much thought or effort into the matter. However, when speaking about the change he would like to see in his community, Ricardo did not ask for better access to medical services or even a toothbrush. What he did ask for was hot water at their school so that the children could shower without getting sick. Their wants were so simple and selfless that it was hard to stop from saying “yes” right away.

He ended by saying, “You will always be in our hearts. I know it is easy to do, but when you leave this place, please don’t forget about us.”

I think I speak for all of us when I say we never will.

Before heading home for the day, we made one final stop in Ccoluyo to say our final goodbyes. It was silent for some time before Ernesto picked up his guitar and started to play. The first song was calming and beautiful. The second was peppier and men from the community pulled Anna, Jeri, and me onto the makeshift dance floor. We danced and spun the whole song through. We don’t speak the same language as these people, but the smiles on our faces said enough in that moment. 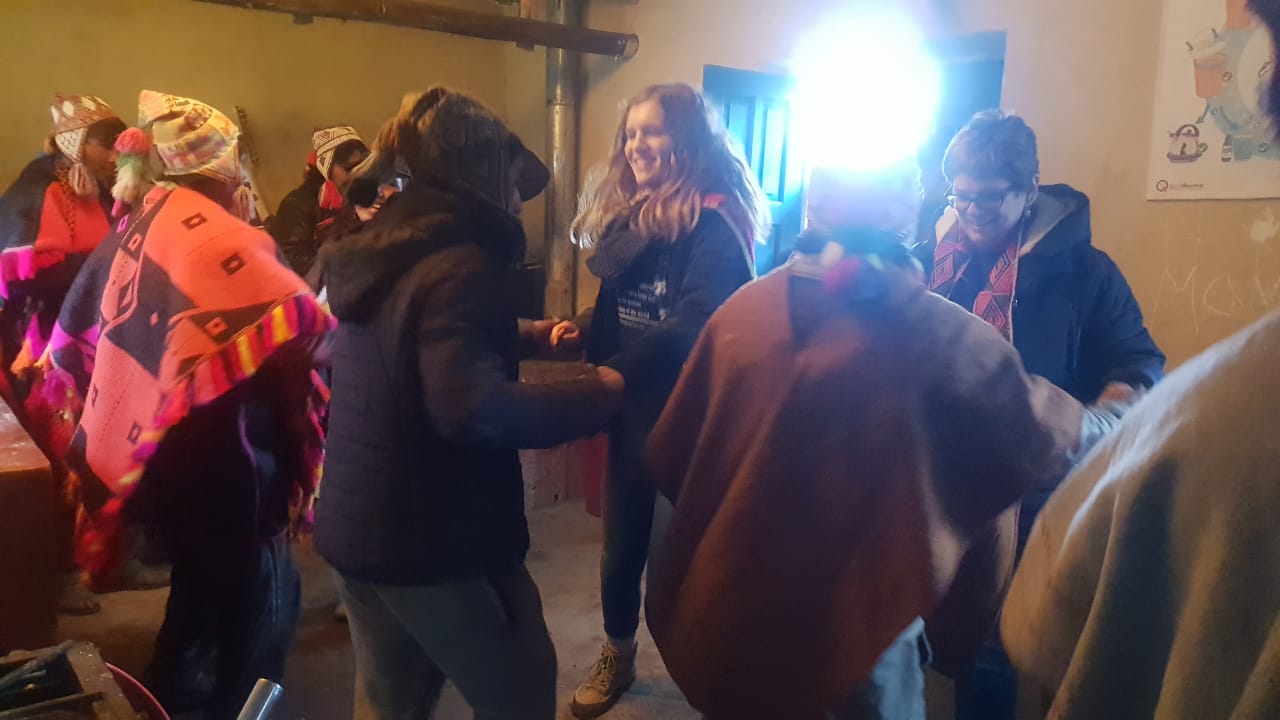 By the time our day was over, these people had become our family. They greeted complete strangers and shared their struggles, food, homes and laughter. I was touched by how generous and kind these people are, even having nothing. Hardship, beauty, isolation and community all go hand in hand for the people above the clouds, and we will not forget.

This year, with funding help from Kahtoola for the People, Esperança began the construction of 15 ecologically friendly, acclimatized homes that will provide safe living conditions for community members and help keep the Q’eros culture intact. As of this trip report, windows and doors still need to be put in, and homes will have the traditional grass thatch covering the aluminum roof. Kahtoola’s funding will also cover the construction of a home for Gilberto. Further project funding will help put solar water heaters and improved stoves in each of the homes.